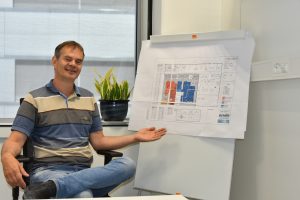 Marcel Thalen, CEO. Marcel has 31 years of experience in process development, GMP manufacturing, and drug development of vaccines and other (live) biologicals. Marcel is an expert in the physiology of bacterial pathogens, exploiting this knowledge to increase the productivity and consistency of manufacturing and thereby the quality of the resulting products. Marcel started his career at the RIVM/Netherlands Vaccine Institute where he had increasing responsibilities, advancing to Department Head of Process Development. Subsequently, Marcel became Scientific Officer for the CDMO SynCo Bio Partners (now Wacker) where he managed process development and GMP manufacturing projects involving live biologicals including lyophilization development. More recently, Marcel has held VP positions in drug development for Qu Biologicals and GT Biologics (now 4D Pharma). Marcel received his PhD in Biotechnology from Wageningen University, where he published his thesis on “Whooping Cough vaccines: production of virulent biomass”. 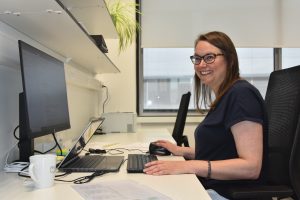 Liesbeth Vercruyssen, Project Leader. Making the switch from Academia to Industry in 2016, Liesbeth brings 5 years of experience as Project Leader in the CDMO business. Starting at Q-Biologicals with 25 employees, she guided biologicals projects from the developmental phase to the clinical stages. Liesbeth was responsible for GMP upstream and downstream manufacturing, coordinating with Quality assurance and Quality control and was the first point of contact for clients. She contributed to the successful expansion of a start-up company to a company with over 100 employees as Q-Biologicals was acquired by Amatsigroup and subsequently by Eurofins. Liesbeth received her PhD in Biotechnology in 2012 from Ghent University, Belgium, for her work on molecular mechanisms that govern plant growth at the Flanders Institute of Biotechnology (VIB), where she continued her research as a Post-Doc. 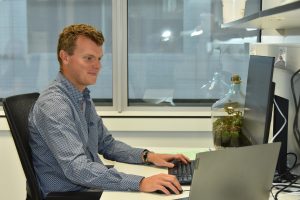 Mattias De Coster, Head of Fermentation and Lyophilization. Mattias has 6 years hands-on fermentation experience in an R&D and scale up setting. Mattias started his career at Inbiose as fermentation engineer, tasked with the optimization of fed batch fermentations for the production of human milk oligosaccharides. Gradually gaining experience, Mattias became responsible for scale up from lab to pilot scale, guiding the process both practically and on paper, documenting the process and finalizing tech transfer documentation. Mattias performed his Masters thesis at Bio Base Europe Pilot Plant in Ghent, Belgium on scaled up production and Downstream Processing of specialty carbohydrates and has a MSc in biochemical engineering from the KU Leuven.